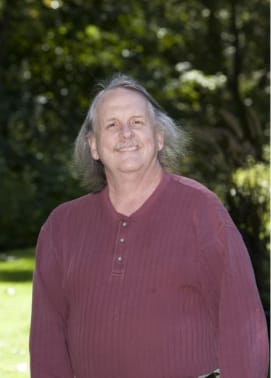 Andy looks at money and imagines ways to create justice.

Andy R. Loving is widely recognized among financial advisors as one of the nation’s leading experts in community investing.

He has won multiple awards for the many ways he helps clients put capital into financial institutions that serve poor people, both domestically and around the world. Andy has been a lifelong social activist, working on behalf of poor people and communities and organizing middle-class U.S. Americans to work for justice through their finances. It has been observed that “Andy looks at money and imagines ways to create justice.”

Andy has been a financial advisor since 1993, specializing in socially responsive and community investing.

Andy sees the choice of where people bank as one avenue of community investing that is open to anyone with enough money to hold a bank account. He founded Better Banking Options (betterbankingoptions.com) to give anyone in the U.S. access to information on local better banks and credit unions—those that focus on wealth-building home mortgages and small business loans, especially in low- and moderate-income communities. In addition, he enables clients to target their deposits toward banks and credit unions owned and managed by Black people, as a way of circulating capital in communities traditionally excluded from access to capital.

An Illinois native, Andy earned a bachelor’s degree in psychology and master’s degree in counseling from Southern Illinois University. In 1981, he was ordained as a minister in Atlanta, GA, and devoted himself to ministry with the poor. He was cofounder of SEEDS, an award-winning magazine on hunger and economic justice, as well as minister to the homeless at an Atlanta church. Community investing is an extension of this foundational work for economic justice.