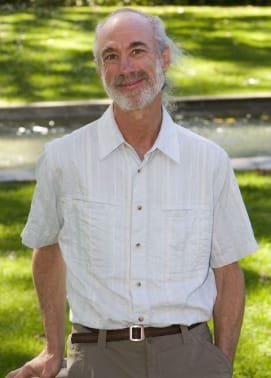 Co-author of Investing with Your Values, and The Resilient Investor

If you had to pick one word to describe Hal Brill’s life path, then “trailblazing” would be a good choice.

Hiking with him in his beloved Rocky Mountains, he is likely to lead you up a steep ridge to catch a view, or into a side canyon just to find out what’s around the next bend. This adventurous spirit carries through to his work life. Majoring in Cultural Geography at the University of California, Berkeley, he explored the interrelationships between human societies and the environment. Even before graduating he started working in the field of environmental education, guiding children through transformative outdoor experiences that instilled a love of the earth.

In 1984, Hal felt a need to be involved in the public sphere…

He joined a group called Walk for the Earth that was making a pilgrimage from California to Washington D.C. Although he originally only planned to walk a few weeks with the group, he was among those that strode into Washington D.C. and a smaller group that walked across Europe the following year. He also explored the Middle East before returning to the U.S. This long journey gave him firsthand experience of both domestic and international issues, group leadership skills, and an even deeper commitment to working for positive change. Hal settled in Santa Fe, New Mexico because it offered the opportunity to work for progressive change in a beautiful natural setting and a multi-cultural context. He poured his energy into a variety of nonprofit organizations that were all working towards what in the mid-80’s was starting to be called “sustainability”. It was at this point that Hal’s path took an unexpected turn. Having experienced the difficulties that nonprofit organizations face in obtaining capital, he saw that the fledgling field of SRI offered an entirely different way to work for positive change. Rather than trying to extract charitable money from people, why not simply redirect money that was already invested into enterprises that could build a better world? Hal’s father, Jack Brill, had recently started working in SRI in California, and had been offered a book contract by Crown Publishers. Hal offered to do the research for Investing from the Heart, a book that helped advance the field of SRI and brought the Brills national attention.

Hal never intended to work in the financial field, but with people calling from all over the country both he and his father found themselves in demand.

He discovered a talent for writing and started a regular column with In Business magazine. Another opportunity for writing a book came along when the Brills teamed up with Cliff Feigenbaum of the GreenMoney Journal to write Investing with Your Values: Making Money and Making a Difference. The plan was to self-publish the book, but they were contacted by Bloomberg Press and decided that having a Wall Street publisher would be helpful to advance the field of SRI. Hal dedicated a year of focused effort to the book, which was published in 1999. That same year the Brills founded Natural Investment Services, Inc., the predecessor to Natural Investments LLC.

Among his SRI peers, Hal is known for his integrity and articulate expression of high ideals.

His framework for the future of SRI was cited by Patricia Auburdene in Megatrends 2010. He is among a handful of pioneers to attend every SRI Conference, the major annual event for the industry that started in 1989. He has given dozens of interviews and lectures and continues to write. Hal now lives in Paonia, a small town on the Western Slope of Colorado. Their region is known for organic agriculture and has attracted people who share a passion for rural sustainable living. Still blazing trails, Hal helped design and develop Hawks Haven, a 60-acre green development project that combines land conservation with sustainable living. In 2012 he completed building a beautiful passive solar, straw-clay home. He is a partner in High Wire hops, an organic hops farm in Paonia, highwirehops.com. Hal is on the board of Solar Energy International, solarenergy.org, a leader in renewable energy education.

One from the Heart: A Tribute to Jack Brill