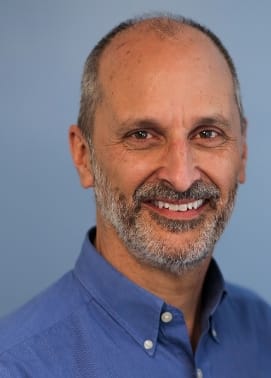 As your advisor, I’ll help you reflect your values in your investment portfolio, while building wealth for you and your family and achieving your financial goals.

Financial planning and investment management were not Greg’s first career, nor even his second.

Greg brings a wealth of prior experience, including consulting for high-tech corporations and in the non-profit world, followed by a more recent chapter of his life doing real estate development and green building.
Greg Pitts is one of Natural Investments’ Financial Advisors in New York and the Northeast. After graduating from Kalamazoo College in 1980, he settled in Austin, Texas. In 2001, Greg headed back to the north’s four seasons to live in upstate New York as part of EcoVillage at Ithaca, a co-housing community centered around sustainable living. In 2018, he relocated to the New York City metro area.
After college, Greg entered the corporate world as a techie. With a degree in Physics and an aptitude for engineering, he took a position as a process engineer in high technology manufacturing. This quickly grew into a research scientist position at one of the country’s leading R&D consortiums, Microelectronics and Computer Technology Corporation (MCC). While there, he received four patents for his work in cutting-edge electronics manufacturing. Over time, it became clear that this type of work didn’t satisfy his soul; fortunately, his next golden opportunity was around the corner.

When the CEO of MCC came back from Washington with a mandate to better understand environmental issues facing the electronics industry, Greg volunteered to lead the effort.

The team’s ground-breaking study of the life cycle of a computer workstation laid the foundation for a $20M program fostering environmentally conscious manufacturing initiatives funded by the Department of Energy. Over the next seven years, as Director of Environmental Programs, Greg pushed the frontier of what was possible and helped clarify what was needed to move the industry toward environmental responsibility. But he wanted to have more of a direct impact.

With approval from the MCC Board, Greg and two other partners started a non-profit organization to put their research into action.

The non-profit generated a feasibility study for an eco-industrial park centered on recovering and recycling electronics at the end of their useful life. Finally, Greg had found his way to work that fed his soul, but the effort was ahead of its time. In the late 1990’s the policies, processes, and business opportunities were not yet coalescing to realize this vision.

Greg headed northeast to Ithaca in 2001 for a slower pace and lower carbon footprint lifestyle. At his new co-housing community, EcoVillage at Ithaca, he became the managing partner in designing and building a new neighborhood of 30 homes, overseeing the construction and finances. Drawing on his business background, Greg began helping friends and neighbors with their personal finances and discovered a passion for the work. He found that he especially enjoyed the direct connection with people that is central to financial planning.

It was time for a third career, following his careers as research scientist and real estate developer.  Greg enrolled in Boston University, received a certificate in financial planning in 2007, and completed further training in life planning from the Kinder Institute. Next, he started his own firm and began his advisory career as part of the Garrett Planning Network, intending to go ‘beyond’ socially responsible investing. Greg also joined the First Affirmative Financial Network, where Hal and Jack Brill began as advisors before founding Natural Investments. He was invited to fold his firm into Natural Investments in 2010 and became a partner in 2017.

Helping others do well and integrate their financial choices with their values is Greg’s way of giving back.

With his commitment to sustainable living and fostering the best within corporations, for Greg, becoming a part of Natural Investments is like coming home.

Planning for the Inevitability of Loss